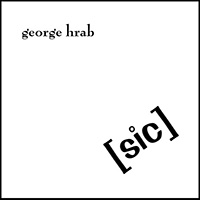 Zappa-esque Weirdness with a soupçon of Funky Nerdy Math-Rock. Ahhhh.. the excitement of being in a REAL studio making a REAL record- for the first time. Garsh, has it been TEN YEARS? I first released [sic] in 1996. This is where all this silliness began. Fans have been clamoring for this record, ever since it became “unavailable” due to “legal” issues because of a certain “person”. Feh. We fixed it so it’s all nice and kosher, and now you can marvel at a younger, greener version of me doing my darndest to sound like a real band, all the while thrashing away at these silly tunes. Unlike many things from my past, I am wholeheartedly proud of this record. No cringe moments here… my hair might have looked stupid, but I think the tunes stand up. Enjoy.