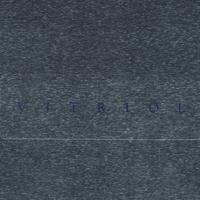 Geo’s third album is 14-track, 70-minute multi-genre wacky adventure. VITRIOL truly is a bizarre amalgamation sometimes described as rock-folk-rap-jazz-fusion-prog-acoustic-funk-hiphop-world-classical-pop-retro-electronic-fat free-music. Huh?   So I have this one talent. No really. And by talent, I mean something that I’m really, really good at, which requires no effort or work. Wanna know what I think I can do effortlessly, better than anyone else on the planet? Here goes: I can recognize celebrity voiceovers. Wow, there it is. If there is a famous actor doing a voiceover for a car commercial or a bank ad or documentary or anything, I INSTANTLY know who it is. Honda? Richard Dreyfuss. Chevy? James Coburn. Volvo? Donald Sutherland. The Discovery Channel Dinosaur Documentary? Avery Brooks. The VH1 Legends Documentary on Led Zeppelin? Stephen Baldwin. Piece of cake. I just know who it is. Instant access. Bingo. No thought involved whatsoever. “So…” you may ask, “What can you do with this talent?” Well, here’s what: NOTHING. Zip. Nada. Believe me, I have wracked my brain trying to figure out how to make money off this skill, but it’s essentially worthless. HOWEVER- I think it does provide me with a somewhat acute sense of timbre. (That’s NOT the thing that lumberjacks yell by the way.) SO- what you have here is a collection of songs that really tries to explore the most extreme shades of timbre possible. I have consciously tried to experiment before, during, and after the recording of these songs, with keeping my finely-tuned (albeit worthless) sense of timbre satiated and satisfied. What you also have here is a conscious attempt at writing SONGS. I’ve noticed that in the past, I hadn’t really written TUNES. Sure there were a few songs here and there, but out of my first two albums, there was only a handful of numbers that I could sit and sing with a guitar. (It’s extremely difficult to perform Treadmill Anxiety on an acoustic). I guess for this disc I purposely wanted to write more SONG songs. (Often strangers see me sitting outside with a guitar, and if a conversation gets struck up, invariably they ask me to play something of mine, and I usually have to explain that most of my music is more “conceptually-group-performance-oriented”, at which point they give me a strange look and slowly back away … and one can hardly blame them). Now don’t get me wrong, I love weird improv stuff and crunching guitar mash tunes like [sic] or Triage, but I think a well-written tune is its own thang. Therefore- what you’ve got here is a bunch of SONG songs recorded to sound as SONICALLY INTERESTING as possible. (As a brief example, every track on this record used a different drum kit setup, with alternating mic placement and effects. It was a pain, but it was WORTH IT.) Whether this refocused writing/timbral effort has produced anything of value we’ll let someone else decide. In the meantime, turn the volume up, drink plenty of fluids and… take your medicine.